Every September, about 300 cities all over the world simultaneously celebrate the European Researchers’ Night (ERN). Several of the centres at the PRBB organised outreach activities. Here we dive into one of them.

Augmented reality supported card games was one of the formats used by researchers to illustrate their work to the public during the European Researcher's Night.

Тhe European Researchers’ Night (ERN) is a public event, which takes place every year on the last Friday of September simultaneously in about 300 cities all over Europe and beyond. In a wide variety of formats its activities aim at celebrating science and bringing it closer to citizens.

In Barcelona, the last “Nit Europea de la Recerca” took place on the 27th of September 2019 at various locations including CosmoCaixa, Centre Cívic Urgell and Vil·la Urània or library Sagrada Familia. Several of the Barcelona Biomedical Research Park (PRBB) centres participated with activities. For example, Núria Ros, a researcher from the Multicell genome lab at the Institute for Evolutionary Biology (IBE: CSIC-UPF) gave a public talk on the origin of multcellularity. The Barcelona Institute for Global Health (ISGlobal) organised a a Micro-Combat tournament at the Sagrada Familia Library using a card game designed by its researchers, as well as several talks to secondary schools, amongst them two talks on research integrity in research, by Joana Porcel and Eva Casamitjana.

Researchers from the IBE, ISGlobal and CRG participated in several of the about 150 activities that took place in Barcelona for the European Researcher’s Night.

Jonas Krebs and Elena Torrecilla, both managers of European research programmes, at Centre for Genomic Regulation (CRG) and CSIC-ICM respectively, were the main organisers of a series of activities that took place at FabCafe Barcelona, a meeting point for creative people to use and disseminate 3D printing technology. Under the motto “Who is Who in European Science” the event brought together young researchers from different so-called Innovative Training Networks (ITNs) to informally showcase their projects. Here they tell us more about this event and how they came to organise it.

What is the background of this collaboration of training networks?

Jonas: Innovative training networks (ITNs) are funded by the European Commission and bring together universities, research centres and companies from different countries worldwide to train a new generation of researchers in a specific discipline. These pan European projects need a lot of coordination, so there is usually a project manager who supports the scientific coordinator.

Elena: Jonas and I started nearly at the same time with the management of our ITNs and since our institutes are close to each other, we regularly met to give each other an update about what we were doing. This was really helpful for both of us, so we decided to create an open working group of ITN project managers to share experiences, good practices and join forces to co-organize courses and dissemination events. One of the fruits of this collaboration has been our contribution to the European Researchers’ Night, which we have organized now already for the second year together with the researchers in our projects.

Elena: The FabCafe was suggested by one of the other organisers and already in our first visit, Jonas and I agreed that it was a perfect place for an event as the researchers’ night.

Jonas: For these kind of events, in which you want to reach mainly non-scientists, it is really helpful to take research out of its usual environment. Many people are more willing to go to a café or similar place they can relate to than to a research institute. Also FabCafe offered a lot of their rooms and spaces, which was important for all the different activities that we organized…

Jonas: We started with a panel discussion “Bridging STEM to STEAM: Why art can be more than a communication tool in science and technology?”

It was not directly related to the European Training Networks, but we wanted to take advantage of the Researchers Night to make people aware of two artist residencies that currently take place in two research centers in Barcelona, one at the CRG and one at the ICFO. Also for this discussion, FabCafe fitted perfectly as a creative place.

What was the discussion about?

Jonas: The two artists in residence Carolin Vogler (fashion designer) and Reiko Yamada (composer / sound artist) discussed with two scientists of their hosting institutes their experiences in interdisciplinary projects and how art, in general can contribute more to science by giving another view point.

Elena: The discussion was followed by a small research project exhibition, in which the fellows of 7 ITNs showcased the research they are working on:

It was very diverse. Some researchers used for example wool and light chains to explain the chromatin structure, others had an augmented reality supported card game to illustrate the diversity of marine microbes or different fungi growing on plates. So the participants received very visual insights about the presented research fields.

Jonas: Then we had a speed dating activity, in which scientists gave their best to explain in easy words what their research is about. They also wanted to show that researchers are normal human beings…

Elena: …and not the scrubby-hair nerds that many people might immediately think of! And then we closed the event with another edition of the BCN Science Slam. A Science Slam is a short talks competition, during which young scientists present their own research in a understandable and entertaining way.

Jonas: The format is very engaging for the audience, because after each talk, people need to form groups and agree on the mark they give to the talk. At the end there is a winner, but it never has the feeling of a serious competition, there are always many laughters.

Is there anything that you would change about the event?

Elena: There is much to explain to society about the research carried out in our institutions but it is always challenging to convince people to come to a specific place. Maybe next year we should just select a venue on the street so that people can directly engage in our activities when passing by and do not need to enter somewhere.

This was a self-interview by Jonas Krebs and Elena Torrecilla. 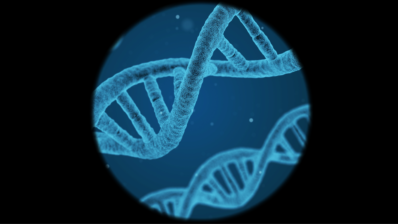 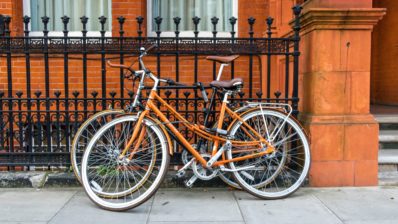 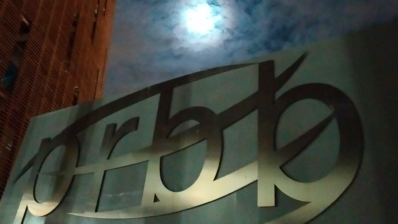