According to a recent IMIM study, only small particles of HDL-linked cholesterol (so-called ‘good cholesterol’) are associated with a reduction in cardiovascular risk.

Although it is known as "good cholesterol", according to the IMIM study only small HDL particles would be healthy. Photo by Ella Olsson on Unsplash

A study led by the Hospital del Mar Medical Research Institute (IMIM) has shown that there is a direct relationship between the size of the HDL (High Density Lipoprotein) cholesterol particles and the risk of heart attack so, the larger the size of the particles, the greater the associated risk.

Thus, although HDL is associated with “good cholesterol” since they are the only particles capable of transporting cholesterol to the liver for its elimination, drugs that increase HDL levels have not proven effective in reducing the risk of heart disease.

To understand this paradox, the study analyzed the HDL relationship with the risk of myocardial infarction. They studied the genetic characteristics related to the size of the good cholesterol particles, reaching the conclusion that only those characteristics that favor the formation of small HDL particles are associated with a lower risk of heart attack.

“Although we have to increase the levels of good cholesterol in the blood, it must always be in the form of small particles”
Roberto Elosua (IMIM), principal investigator of the study

With these results, the door is opened to new therapeutic targets, such as genes that influence the qualities of HDL particles, for the creation of drugs and the improvement of cardiovascular prevention in the population. 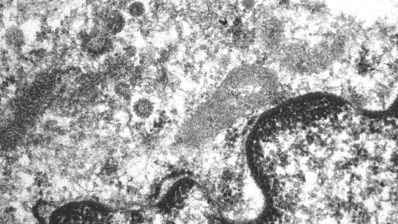