The effect of the microbiome on the response to vaccines was the topic of the last talk of the “Microbiome Club”, an initiative of the IMIM.

The microbiome is becoming a trendy word. And rightly so. It seems this community of microorganisms we have living in our guts not only helps our digestion and metabolism, but also shapes our immune system.

Last Wednesday, February 20, Andrea Cerutti, a researcher at the Hospital del Mar Medical Research Institute (IMIM), shared his group’s results regarding the effect of the microbiome in the response to vaccines. He explained how IgA-deficient mice and some patients with selective IgA deficiency had both alterations of the composition of the gut microbiota and less IgG responses to systemic vaccines, including pneumococcal vaccines. His group had shown this lowered immune response was indeed due to the deficiency in the gut microbiota.

One could think of modifying the microbiome profile (the specific species present) in order to increase the response to vaccines.

Giuliana Magri, a postdoc in the Cerutti lab, explained how their team is now talking to the animal house of the Barcelona Biomedical Research Park (PRBB) to see how they can create a germ-free facility there. “It would be the first of its kind in Spain, I think”, said the scientist. She explained how useful this could be: “We would have germ-free mice and recolonise their guts with specific combinations of bacteria, to see what happens”. She also sent a call for any other PRBB researchers who might be interested in such a facility.

This idea – that the specific composition of the microbiota can affect the response to vaccines of an organism – has potential clinical uses. For example, one could think of modifying the microbiome profile (the specific species present) in order to increase the response to vaccines. The Cerutti lab is precisely waiting for a grant to start a new project where they will look for compositional differences in the microbiome of good and bad respondents to vaccines. “Ideally a pro or prebiotic, or something similar could be developed and offered to people with bad responses, to improve them”, said Cerutti.

An interdisciplinary get together

He was directing these ideas to some of his medical colleagues in the audience, who were very interested, and who also offered a lot of feedback about what they saw in the clinic, as well as networks of hospitals where the scientists could get samples for their study. In fact, this dialogue between researchers and clinicians was one of the aims of this scientific talk, which was part of “The microbiome club” organised by Judit Villar and Juan Pablo Horcajada, both researchers at the IMIM and doctors at the Hospital del Mar. As Villar says, “the aim is to create a transversal group of people working with the microbiome, from the clinician who takes the sample to the bioinformatician who analyses it”.

Putting ideas in common, helping each other, perhaps asking for some join grant. Such is the aim of the club, which has been running for about three years. In these talks, open to all, one can find clinicians, bench scientists and bioinformaticians sitting next to each other. And they come not just from the IMIM and the Hospital del Mar, but also other centres at the PRBB, such as the CRG (in the case of the microbiome). A truly interdisciplinary, inter-centre encounter; an informal meeting point where a diversity of professionals interested in a specific topic can get together and find synergies.

The aim of the “Microbiome club” is to facilitate a dialogue between researchers and clinicians interested in the same topic.

You can hear Judith Villar, one of the co-organisers of the ‘club’, talking about the initiative (in Catalan).

The IMIM supports also an “Innovation club” and a “Fat club”, which like the Microbiome one are open to all PRBB researchers and Hospital del Mar doctors. You can read an interview about this ‘Science clubs’ initiative here (in Catalan).

Maruxa Martínez-Campos is a biologist (PhD, Cambridge University) who moved to 'the other side' of research to work as an editor for the open access journal "Genome Biology". For over 10 years she has worked at PRBB on communication. She currently coordinates the Good scientific practice working group and the Equality, Diversity and Inclusion Committee at the PRBB. When she finds the time, she writes in "The science factor".
By Maruxa Martínez-Campos
1
Share 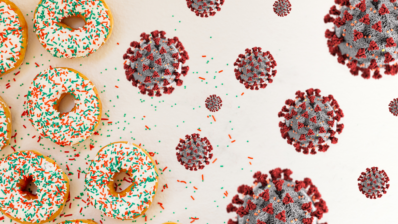 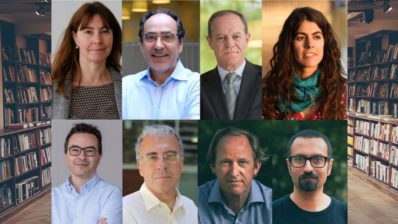 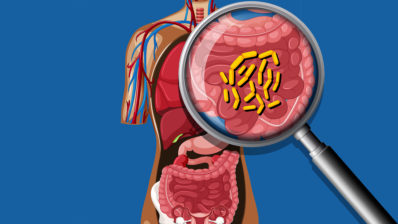