We interview Ricard Solé, an IBE researcher and one of the authors of a global map of the arid areas around the globe. This map predicts that 20% of the earth’s surface will pass through one of the desertification thresholds by 2100.

Increases in aridity such as those expected from climate change could dramatically alter and even endanger ecosystems in arid areas of our planet. | Picture by Parsing Eye from Unsplash.

According to a recent scientific analysis, more than 20% of the Earth’s surface could suffer some of the drastic effects of aridification before the year 2100.

A scientific team led by the University of Alicante and with the participation of the Institute for Evolutionary Biology (IBE: CSIC-UPF), has generated a global map of arid areas (deserts and semi-deserts) of the entire planet.

We talked to Ricard Solé, leader of the Complex Systems Laboratory at the IBE and co-author of the scientific article in which this study is explained.

When can we say that an area is in process of desertification?

There are three aridity thresholds, which are determined according to the type of vegetation present in the area:

This work presents a highly detailed map, looking at 60,000 points around the planet, that has determined which areas are in each phase.

And what have you found?

Well, it is a worrying map, which draws a scenario of desertification of the Earth with catastrophic consequences. Nowadays, 40% of the world population (about 2 billion people) lives in semi-desertic areas, and we estimate that 20% of the Earth’s surface will go through one of these three desertification thresholds before 2100.

“We have created a very detailed map looking at 60,000 points around the planet, which draws a scenario of desertification of the Earth with catastrophic consequences”
Ricard Solé (IBE)

And the problem is not only on an ecological level. When an area is desertified, people move to other cities or countries, where there is no job for everyone. The social implications are also very relevant!

What can we do?

Synthetic biology could offer solutions, for example, by introducing into these at-risk environments modified microbes able to hold more water.

Or, instead of introducing genetically modified microorganisms, you could do a kind of ‘microbiome transplant’ from one ecosystem to another, as is done, for example, with the intestinal microbiome in people with Chron’s disease.

It is necessary to think carefully about the solutions. For example, to avoid desertification, we could plant trees. But if you plant many trees, it turns out that they absorb all the water, the rivers dry up, and the trees end up dying. This actually happened!

Wouldn’t these interventions that you mention be dangerous for the environment?

There is a lot of ignorance about organism modification. People are afraid because they ask themselves: what will happen? how can we ensure that these modified organisms will not have disastrous consequences for the rest of the organisms in the ecosystem?

But most invasive species fail, and those that do manage to survive usually integrate into the ecosystem. If the system is not degraded, biodiversity can act as a barrier. But what is true is that the only way to know for sure what will happen is by doing it.

I’ll give you a real example. In China they brought in millions of bales of straw to make barriers and curb arid areas that were spreading. This straw was not ‘genetically modified’, but it came from distant places and therefore contained hundreds of exotic bacteria… And nothing happened. We cannot forget that the horizontal gene transfer between bacteria (that is, that genes are passed from one species to another) constantly happens in nature.

“Synthetic biology can offer solutions, but there is a lot of ignorance about organism modification… () People are not aware that horizontal gene transfer between bacteria occurs constantly in nature”

What do you propose?

I believe that we should start thinking about specific interventions, such as taking microorganisms from the endangered ecosystem and modifying them to make them, for example, more efficient in improving soil quality.

It would start with a pilot experiment with microcosms, which are simplified artificial ecosystems that are used to simulate and predict the behavior of natural ecosystems under controlled conditions. This and other similar initiatives have to be developed as soon as possible. The window of opportunity is becoming smaller and smaller.

Is bioengineering, and technology in general, the solution to counteract the effects of climate change?

Technology is only part of the solution. We won’t manage if we don’t do other things, too; but without it, we won’t either. 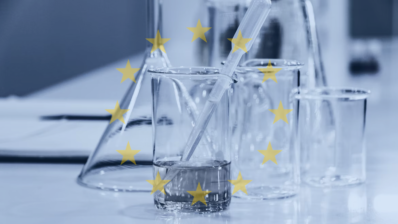 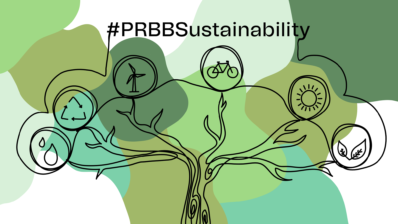 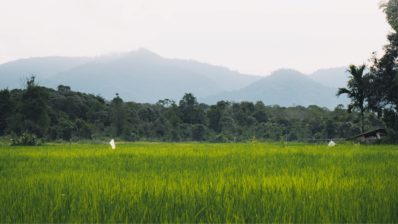