On the occasion of the 10th anniversary of IBE, one of the six centres at the PRBB, director Tomàs Marquès-Bonet reflects on what has been achieved and what the future will bring.

The following is an excerpt of the speech by Tomás Marquès-Bonet, director of the Institute for Evolutionary Biology (IBE: CSIC-UPF), during the 10th year anniversary celebration.

We are first and foremost scientists

We are small. Only 23 research groups, slightly over 120 scientists (young and not that young) and over 200 research projects developed in our centre. Still, our organization and governance was designed in the image of the best centres in our intimidating neighbourhood (I really thank you for the inspiration, directors!). We are distributed among 5 scientific programs:

During these 10 years, we have done science in extremely difficult circumstances. Let me be very clear about this: the last 10 years have been, and still are, a continuous fight; a permanent struggle with 2 different locations and two institutions. Fighting for a project, fighting for a goal. This is why we all should be especially proud of our achievements over the last 10 years.

10 years of many and varied achievements

Numbers do not define Science. The dictatorship of numbers should not rule science, but it is also true that funding agencies do still rely on numbers, and while our science is well beyond these numbers, I am extremely proud to share the figures that define our science. And they clearly match excellence in most standards.

We got 4 ERC (with just 23PIs!), 5 ICREA researchers, plenty of success attracting young scientists – both national and international -, lots of awards and a very neat participation in top journals, with more than 3 papers a year in Evolutionary Biology top journals.

We have published in 10 years 35 papers in Nature, Science and Cell, 7 of them led by our researchers. I am fully aware that top journals do not represent better science exclusively, and indeed some areas are more attractive to others from an editorial perspective, but it is important to show that within IBE we do work very hard at all levels to be present and influential even at these highly competitive areas. I want to provide recognition to these groups for inspiring most of us at IBE.

But our efforts and impact must go obviously beyond publications. Indeed, we have been very active at describing new taxa (over 150 new species, subspecies and genera!), as there are still many species to be characterized and described. I would also specially highlight the commitment we have with conservation and our efforts to preserve biodiversity. As you well know, we are in the middle of an astonishing 6th mass extinction. The planetary health does influence our health as species and, as such, I am specifically proud about the efforts that the University Pompeu Fabra (UPF) is doing to promote Planetary Wellbeing. Together with other partners (The Barcelona Institute for Global Health (ISGlobal) and the European Molecular Biology Laboratory – Barcelona (EMBL) at the PRBB, as well as Barcelona Zoo, BIST, and many others), we are in a privileged position to lead one of that many global efforts to revert patterns that soon will be too late to be mitigated. Our Institute, IBE, does have an important role in this global and ambitious mission: to study, preserve and restore Biodiversity.

And there is more, much more. I truly think that in the last 10 years we have achieved quite a few things:

For all of this, we should all be very proud. And I positively know that we share that pride with our mother institutions, the UPF and the CSIC, which share our commitment to excellent and passionate science.

It hasn’t been easy – and it won’t get any easier -, but today we celebrate that despite odds, we renew our commitment to Science. Working, yet again, for our own building, with the hope that we will be able to research together in a single space and to grow to do even better science.

10 years from now, when we are in our new home and under the command of a new director, she or he will be able to thank our founders for their backing and encouragement. And we will be able to thank a new generation of scientists for their contributions to this amazing, staggering, vital planetary project that we call science. In the meantime, however, let me thank you all for everything that we have done together over the last 10 years. And let me thank you, above all, for the science that remains to be done and that, I am certain, we will be doing together.

Thank you so much.

Tomàs Marquès-Bonet is an ICREA researcher and the Principal Investigator of the group "Comparative Genomics" at the Institute for Evolutionary Biology (IBE), a joint Institute of the Spanish National Research Council (CSIC) and the Pompeu Fabra University (UPF). He started his own lab in 2010 with an ERC Starting Grant and was selected as an ICREA researcher in 2011. In 2013 he was selected for the EMBO Young Investigator award and from 2017 he is an HHMI International Young Investigator. His group aims to characterize human specific genomics features, including the evolution of epigenetics in humans or the impact of CNVs in phenotypic traits. @UPF/IBE/CNAG-CRG (@tmarquesbonet)
By Tomàs Marquès-Bonet
0
Share

Synthetic biology to understand the origins of cognition 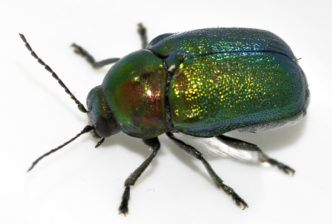 The most complete evolutionary tree of beetles 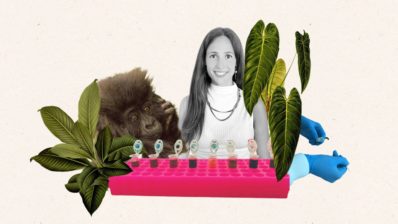 Marina Álvarez (IBE): "In science there is always something new to explore!"