A study led by ISGlobal and carried out over a period of 20 years confirms that weight gain significantly worsens lung function in adulthood.

Accelerated lung function decline occurs in any adult who gains weight, regardless of their body mass index. | Picture by I Yunmai from Unsplash.

Individuals who experience moderate or high weight gain suffer from a steeper decline in their lung function. Respiratory health declines naturally over the course of the human lifespan, but a study led by the Barcelona Institute for Global Health (ISGlobal) confirms, after analysing the effect of weight changes on respiratory health over a 20-year period in 3,700 participants, that weight gain significantly worsens lung function. People who participated lived in different countries in Europe and in Australia and were between 20 and 44 years old during the 1991-2014 period, when the study was carried out.

“Although previous research has shown that weight gain is linked to lung function decline, ours is the first study to analyse such a varied population sample over a longer period of time“, commented Judith Garcia Aymerich, leader of the study and head of the Non-communicable Diseases and Environment programme at ISGlobal. Previous studies had been carried out during periods of 10 years at the most and in adults up to 50 years of age.

Accelerated lung function decline occurs in any adult who gains weight, regardless of their body mass index. In contrast, weight loss attenuates this decline.

The association between weight gain and lung health could be explained by two reasons:

Although the negative effects of weight gain on lung health can be reversed by losing weight, the leader of the study confirms the need to establish public health policies that promote healthy lifestyles, and thus achieve good pulmonary health. 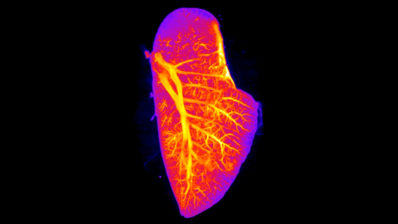