Reimund Fickert tells us this original story to celebrate the fifteenth anniversary of the inauguration of the PRBB.

The rhythms of change

My name is 41°23’07.7″N 2°1’40.0″E and I don’t have a second last name. I am a sandy terrain just 50 meters from the shore of the Mediterranean in Barcelona, ​​between the Hospital del Mar and the Olympic port. From a deep layer, invisible to the eyes of the beings living on the surface, I have recorded an exciting acoustic and seismological history that I would like to share with you.

I remember with special affection a sunny and hot day; expensive perfumes floated in the air above me. A band of musicians played Jazz and Bossanova classics. A party? Yes. That May 16, 2006 there was a joyous and euphoric party. It seemed as if some prodigious child had been born and the visitors had come from all the cardinal points to celebrate the baby’s arrival into the world. Too many people for a small plot of 9,000 square meters. I could hear the buzz of the voices and the tapping and shuffling of a thousand shoes.

The festive rhythm, lively conversations and constant congratulations gave way to something I had never experienced before. For some reason they wanted to communicate with me. They had installed connectors for grounding at various points on the surface that allowed me to hear and record much better what was happening above.

Before the 5 years of construction of the building, they used to play ball above me. I was a soccer field. 11 people in each team running after a ball that is bouncing constantly (not even by applying the Markov chain could you predict its trajectory), generating a rebellious, happy and surprising rhythm. Let’s say a poly-rhythm with a cadence of corner kicks. This, I loved. And certainly the biomass of the beings that currently inhabit the building must be almost 100 times higher than that of the players. Maybe 1,400 people… With age one learns some algebra and is able to estimate these things.

Before the PRBB was built, I was a football field. And before that I was covered with shacks.

And before soccer was played, other beings lived here too, hundreds of them. But they had no homes. Given the light weight of the construction, I would say they were shacks. Sometimes I absorbed everything that was inside them, when a storm made the sea rise. They lived in precarious conditions. And still, those beings produced a magical rhythm. Tic_tactac_tic_tactic. I could clearly hear the constant tapping. Other lots in the area still envy me today because, before the civil war, a star was born on my shoulders: Carmen Amaya, the best flamenco dancer, known as La Capitana.

The beginning of the 90’s was crazy. All the grounds around me were completely transformed. Suddenly there were skyscrapers, a port, restaurants and a sea promenade. The city was preparing for a great celebration to the rhythm of Freddie Mercury and Montserrat Caballé, the 1992 Olympic Games.

Right next to me an underground highway opened up and a cable with an enormous data transmission capacity was installed. They call it a scientific ring. It was necessary because a new university was also born very close to me. Gaudeamus igitur.

And then I had to evolve again. In 2001 they began to build on me the elliptical building that would forever change the skyline of Barcelona: the Barcelona Biomedical Research Park (PRBB).

In 2001 they began to build on me the elliptical building that would forever change the skyline of Barcelona: the Barcelona Biomedical Research Park (PRBB).

In the 15 years of the PRBB’s life, I have registered more than 3,000 million acoustic incidents, as many letters as the human genome has. I have heard more than 40 languages. I have vibrated with the rehearsals of an orchestra and a choir. I have heard the applause of the public who recognized the work of awarded scientists. What a celebration of diversity and talent! What a joy!

I have also recorded 42 million seismic events, which corresponds to the total number of molecules in a single human cell and 20,000 micro-earthquakes, the estimated number of different proteins in the human body. These are impressive numbers that reflect the continued activity of the residents of the great ellipse. And I also perceive that people from all over the world travel here to interact with “my” people and exchange their rhythms.

Last year was different. I can’t explain what could have happened. Although I continued to perceive the acoustic and seismic signals from the ground connections incessantly, I did not notice the presence of so many beings. Total chillout. Had they abandoned me? Luckily not. Now, most seem to have returned and I feel calmer. What will the future bring? Chi lo sá? But I do know that it fills me with pride to know that I am an important, international and respected place. 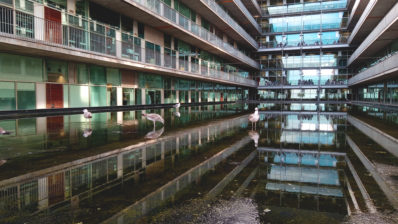 Nature and science in a unique space 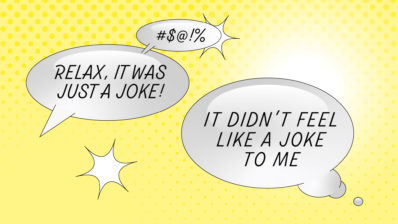 “Is this sexual harassment?” - a PRBB campaign to foster reflection and dialogue 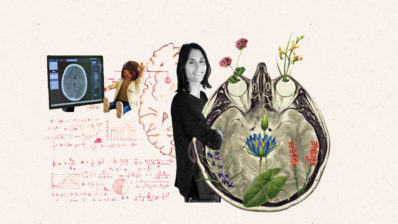 Natalia Vilor-Tejedor (CRG): "By fostering diversity in research, more people will have the security to contribute and the overall benefit will be greater"