The Nobel Prize Sydney Brenner has been awarded an honorary doctorate by the Universitat Pompeu Fabra (UPF) and he is telling us about his scientific career.

The Nobel Prize Sydney Brenner during his speech at the PRBB Auditorium. Photo by Frederic Camallonga.

Sydney Brenner, born in South Africa 87 years ago, was one of the first scientists to see the original model Watson and Crick made of the DNA double helix. Since then he has made many seminal discoveries in development, genetics and molecular biology – a field he pretty much helped create. He won the Nobel Prize in 2002 for establishing the worm C. elegans as a model organism for studying development, and for his subsequent description of apoptosis, or programmed cell death. Brenner was awarded an honorary doctorate by the Universitat Pompeu Fabra (UPF) last April, in a ceremony held in the Biomedical Research Park of Barcelona (PRBB) Auditorium.

I was once interviewed in Japan together with an engineer and we were asked how we got into our respective fields. He said as a kid he used to take radios apart and then build them again, and that sparked his interest in electronics. I said as a kid I used to dissect frogs but then I wasn’t able to put them back together… so I decided to learn how organisms are formed!

Which has been the most satisfying moment of your career?

The most satisfying time has been each discovery, the moment when you are the only person who knows that new thing.

And the most difficult?

The last 87 years! Seriously, research, and life, is difficult. But it can be overcomed. You just need to have the capacity to look for a solution, a way out.

Yes, becoming the director of an institution! When you are a director you are like a window, people above you go through you to talk to people below, you are an intermediary, and that’s terrible. The best thing is to be able to work on your own thing.

What makes a good scientist?

You need to have two different characters. You have to be open, creative, constantly questioning and having ideas. But you also have to be able to do the work, go on a straight line through walls, if need be, to get where you want. Few scientists have both characteristics.

What has changed in research in the last 50 years?

As I wrote in a recent obituary of Fred Sanger, someone like him – twice a Nobel Prize laureate – would not have survived in today’s research environment, because he didn’t publish much. Nowadays everyone is assessed in the short term and your publications track record is the most important thing anyone checks, which is terrible. Another big difference is funding: funders are becoming more conservative all the time, they don’t want to risk anything, and that means that new things in science are dying. At the time my colleagues and I made most of our discoveries in Cambridge, people thought our theories were crazy, but we were lucky enough to have support from the LMB-MRC to prove them wrong.

“Funders are becoming more conservative all the time, they don’t want to risk anything, and that means that new things in science are dying”

What should the role of science in society be?

Scientists know how to solve problems – unlike politicians! Science is an attitude. It’s taking decisions based on evidence. Obviously not everyone can learn the details of science but I think everyone should know the scientific method.

Any advice for young researchers?

I don’t like to give advice, but I’d tell them, enjoy your independence as an individual and have confidence in yourself.

Here you can see Sydney Brenner’s speech at the PRBB Auditorium, on receiving his honorary doctorate from the UPF. 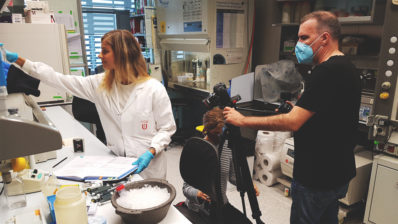 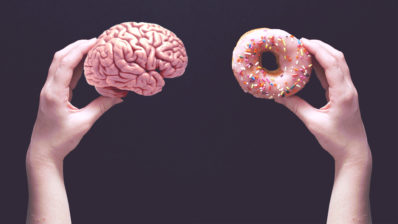 Microbiota, the link between obesity and memory impairment

Meet the people behind the PRBB live and without filters 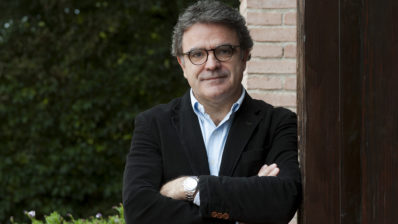 Rafa Vilasanjuan (ISGlobal): "We will have vaccines, but they will not be available to everyone within the first year"