Within the framework of the 2019 BioJunior Day, PRBB researchers shared their personal experience in the scientific world with 16 to 18-year-old students. Together they discussed various aspects of the scientific career.

In the framework of the 2019 BioJunior Day, which took place last May, the Barcelona Biomedical Research Park (PRBB) organized a roundtable to talk about the scientific career. The invited people were:

The researchers talked about their personal experience in science, since they are at different moments of the scientific career.

To begin with, the moderator of the roundtable, scientific editor of the PRBB Maruxa Martínez-Campos, asked the scientists to introduce themselves to the attendees, 16 to 18-year-old students.

Keep the motivation, be aware of new opportunities and learn new ways of doing science

While it is necessary to put passion in what we study, it is also important no to get obsessed; the path we choose within the academic world will not determine the direction of our life. It was one of the main messages that the scientists wanted to send to the students.

The researchers also stressed that motivation and effort are even more essential than the grades, since without them we will hardly reach what we want. However, achieving the best grades will of course always be beneficial.

Something that characterizes the PRBB is its cultural pluralism, since a high percentage of its residents are foreigners. For this reason, English is the main language used among Park workers. In this environment, and in general within the scientific community, understanding English is essential. Perhaps as a consequence of this cultural pluralism, though, few people are English natives,  so “we should not be embarrassed about how we speak English”, said one of the participants in the roundtable.

The more languages ​​we know, the more opportunities we will have to study or work abroad and to learn other ways of doing science. Another of the advices from the roundtable was: be aware of the new opportunities coming your way and go for them!

Finally, the situation of women in science was also discussed. Although we see more and more female scientists, we are still far from achieving gender equity in senior positions. We have to keep fighting until we achieve this equality.

If you want to see what other aspects of the scientific career were discussed, as well as to know the personal stories of the speakers, we encourage you to watch the whole video of the roundtable (Video in Catalan and Spanish). 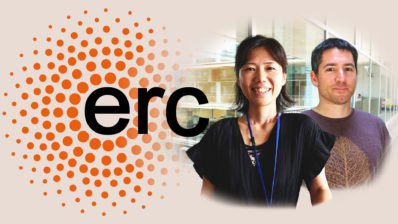