The study of two genomic atlases has uncovered new biological mechanisms of the disease.

With this study, the role of RNA splicing in diabetes risk is further elucidated. Photo by Towfiqu barbhuiya on Unsplash.

Diabetes is a chronic disease that affects more than 420 million people worldwide and its prevalence increases over the years. Affected individuals have a deficit in the production or use of insulin, the hormone that regulates the presence of glucose in the blood. And, in most cases, this deficit leads to vision, heart or kidney problems.

Although the exact cause of this disease is not known, several genetic variants are associated with a predisposition to suffer from certain types of diabetes. In addition, it is known that different variants from non-coding regions that control RNA splicing also modulate this predisposition.

Now, the team of researchers from the Center for Genomic Regulation (CRG) led by Jorge Ferrer have analyzed the RNA present in the pancreatic islets of more than 400 human donors. With the results, they have developed an atlas of the genetic variants that regulate RNA splicing in pancreatic islets.

In parallel, they have analyzed which genetic variants influence the expression of genes that determine the risk of type 1 and 2 diabetes.

These two analyses have enabled them to determine new biological mechanisms of the disease. One example is the interruption of the function of the ERO1B gene, which results in a truncated protein that probably does not function correctly.

Thus, as Sílvia Bonàs-Guarch, co-lead author of the study explains, “this opens the door to new therapeutic approaches that take advantage of the great influence of splicing in the biology of pancreatic islets and diabetes”. 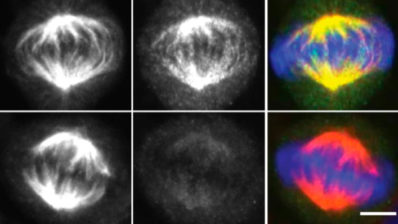