The director of EMBL Barcelona tells us about his views on the city, the PRBB and EMBL, as research hubs and atractors of world-class scientists.

James Sharpe is the director of the EMBL Barcelona site, located at the PRBB

Since 2018, James Sharpe is the head of EMBL Barcelona, one of the research centres hosted by the Barcelona Biomedical Research Park (PRBB). He was born in London, but has lived in Santiago (Chile) and Edinburgh. He moved to Spain 15 years ago, and has been living in Sant Cugat ever since with his family.

This article is adapted from an interview that was published in El Periòdico in collaboration with Barcelona Global on 12 July 2021.

Why did you choose Barcelona?

I moved to this beautiful city primarily because of a great science opportunity – to run my research group within the Centre for Genomic Regulation (CRG), among the best molecular biology research centres in Spain. However, many other factors played a role as well. I’ve always been drawn to the warm open culture of the Mediterranean. And the location of this city is amazing: close to the mountains and the sea, a stone’s throw from France and the Pyrenees, and the laboratory literally perched on the beach… What more could you ask for?

What aspects of the city would you highlight as positive?

Barcelona feels a modern, progressive and international city. It is very welcoming and open to foreigners. Slightly obsessed with itself sometimes, but indeed full of treasures: its culture, architecture, gastronomy and above all its great people. And as far as my interests are concerned, I would highlight the strong critical mass of world-class scientists here – many of whom indeed have been attracted here from other countries, like myself. This is why EMBL chose to locate its newest research unit here in 2018.

Barcelona has a strong critical mass of world-class scientists – this is why EMBL chose to locate its newest research unit here, at the PRBB, in 2018.

What aspects of the city need to be improved?

I admit that I have always lived in the Vallès, but I go to work in Barcelona every day (pre-covid!) by public transport. I think the traffic in the streets of the Eixample are one of its problems (and its endless and geometric lattice structure reminds me of one of Borges’s tales – The Library of Babel!). But the city is aware of this and has taken important steps to claim more space for pedestrians and greenery, for example, with the superillas (“superblocks”) project.

Tell us more about the research carried out at EMBL Barcelona.

We focus on tissue biology and disease modelling. The human body is much more than just the sum of its cells. It depends a lot on how they interact with each other, chemically, physically and dynamically to form healthy and diseased tissues. At EMBL Barcelona, we go beyond the molecular and cellular scale to ask questions such as: How do thousands of cells dynamically self-organise to create tissues and organs? Why does this sometimes go wrong, causing birth defects? How could we repair damaged tissues? Why does an efficient blood vessel depend on interactions between multiple different cell types? How do infectious diseases attack tissues? Can we engineer healthy or novel tissues in the laboratory? How do the physical properties of tissues influence their dynamics? Can we go beyond animal models, and use bio-engineered tissues to develop treatments for diseases such as cancer or malaria? To tackle these questions, we use a very interdisciplinary approach, with experts in tissue engineering, molecular biology, 3D mesoscopic imaging, organoids, gene circuits, and computer models. This allows us to study various problems such as malaria, cancer and how organs are formed. And we are doing so by collaborating with several centres, both within the Barcelona Biomedical Research Park (PRBB), such as the Centre for Genomic Regulation (CRG) or the Department of Experimental and Health Sciences, Pompeu Fabra University (DCEXS-UPF), and external centres such as IBEC and CSIC.

What added value does being at PRBB bring to EMBL Barcelona?

We are very lucky to be part of the PRBB community. In addition to being in a privileged spot in the city, we enjoy a world-class critical mass of scientists in the building – 1500 people all dedicated to biomedical research – it’s amazing. Science, as life in general, is successful through collaborations and community effort, so the PRBB is the perfect home for EMBL Barcelona. Since 2018, we have started several projects with colleagues from other institutes which will only grow over the coming years.

“With a privileged spot in the city, and a world-class critical mass of scientists in the building, the PRBB is the perfect home for EMBL Barcelona”

What do you expect from Barcelona in the coming years?

Going forwards, it should be a city increasingly focused on the information economy, committing to research, as it is already doing with its Science Plan. It should take advantage of its great starting point and strive to become a global hub of research centres generating exciting and novel scientific knowledge. It is not just about data-mining, but must also be about creating novel types of experiment that can generate new knowledge to unravel the fundamental mysteries of life. This kind of basic science will drive the biological revolutions of the 21st century, which is critical to tackling the environmental problems and health challenges of the future.

How can the EMBL contribute to the development of the city?

Today, the most important problems to solve are global. The pandemic and climate change are examples of challenges that no country can solve alone. EMBL is intrinsically and fundamentally international, as it is made up of 27 European countries. With an EMBL site in Barcelona, ​​we provide a boost to the connection between local science and the rest of Europe, bringing in more scientists and collaborations so that we can tackle the most important challenges together.

What do you feel is your city?

Strangely, I don’t have a city that I consider as “mine”. I am an international person, with a very international family. My children have grown up here, they go to local schools and speak Catalan, Spanish and English; I am from the UK and my wife from Croatia. After 15 years here, I feel Barcelona is as much “my city” as any other. 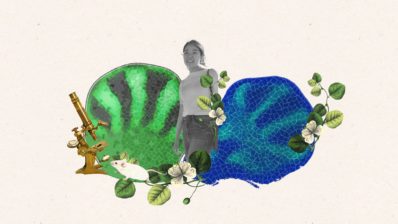 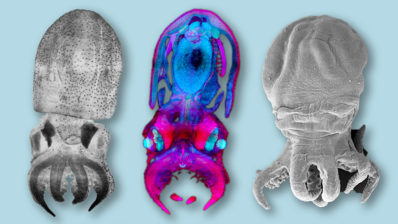 The power of microscopic diversity 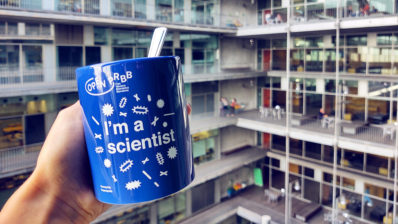