The researcher of the Institute of Evolutionary Biology (IBE), a center of the PRBB, explores a very new field in which great milestones of the last decades, such as the recovery of DNA from organisms that lived thousands of years ago and DNA editing techniques, converge.

In this book, the researcher Carles Lalueza-Fox brings us the possibility of 'reviving' extinct species, such as mammoths. | Picture from Pixabay.

Carles Lalueza-Fox, an expert in the field of ancient DNA, explains how iconic species such as mammoth or dodo could be brought back to life.

Quite often, the chasm between the knowledge that starts from one specific scientific area and that which reaches another area is enormous, and rarely do scientists have the time and ability to translate, in a book, what they are doing, discovering and which direction their scientific area is going. Nevertheless, we find an exceptional case in this new book, in which Carles Lalueza-Fox explores, in a brief but profound way, a very new field where the great milestones achieved in recent decades – such as cloning, CRISPR, or DNA recovery of organisms that lived thousands of years ago – converge.

Almost any religion encompasses the idea of ​​resurrection after death. Science fiction has played with the “back to life” idea for decades, such as in “Jurassic Park” by Michael Crichton, or “Frankenstein,” by the magnificent Mary Shelley. Now, we are getting close to doing it.

Carles Lalueza reminded me of Jules Verne, who was able to bring his nineteenth century readers, in quite an advanced way for the time, to futuristic worlds with submarine trips to the bottom of the unexplored seas, trips where you could travel the world in days, or reach the moon. Many of those dreams have come true and now, although there is still a long way to go to see mammoths walking the great Siberian meadows, the starting gun for de-extinction has already been fired.

But, do we have a moral debt when restoring extinct species? Carles invites us to think about it and ask ourselves to what extent human beings will end up managing all the Earth’s ecosystems and how efficient we will be performing that task. Or if the return of an extinct species will help stabilize the original ecosystem or end up acting as an invasive species, because the ecosystem is no longer what it used to be. The debate is open.

What seems undeniable is that people will become more interested in the field of de-extinction in the future and it requires the collaboration of numerous scientific areas, from experts in epigenetics, in synthetic biology, in functional studies, to ecologists and IT specialists. De-extinctions is an entertaining and fast-reading book, perfect for any researcher with a curious soul who wants to catch up and take part of a milestone that, if carried out, will be one of the greatest successes of our century.

We also invite you to read the review of another of Lalueza-Fox’s books, “Genes, kings and impostors“. 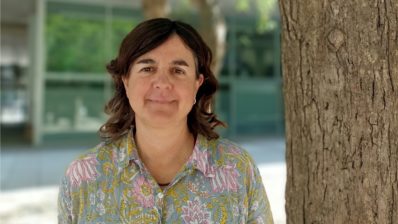 Mar Albà, new director of the GRIB, receives an ERC of 2.5 million euros