ISGlobal researchers examine the socio-demographic factors associated to obesity and overweight in more than one million children in Catalonia.

In Spain, around 41% of children aged 6 to 9 years were overweight and/or obese in 2015. | Picture by Kevin Gent from Unsplash.

A new study carried out by the Barcelona Institute for Global Health (ISGlobal), from 2006 to 2016, confirms a slight fall in the prevalence of overweight and obesity in more than one million children and adolescents in Catalonia. However, it would be a relative fall: during this period, the levels of overweight and obesity did increase in the most disadvantaged neighbourhoods.

In areas with lower socio-economic levels, rates of overweight and/or obesity increased slightly, whereas wealthier areas saw a significant decrease, leading to a wider inequality gap.

When calculating prevalence rates and time trends for overweight and obesity, the socio-demographic characteristics that were taken into account were:

During the study, rates of overweight and obesity fell in both boys and girls aged 6 to 11 years: girls went from 40 to 38%, while boys went from 42 to 40%. However, when looking separetly in the most disadvantaged urban areas, as well as in children of non-Spanish nationalities, the prevalence rates rose. For example, between 2006 and 2016, the obesity rate in girls aged 6 to 11 years fell by 15.8% in neighbourhoods with the highest socio-economic level but increased by 7.3% in the most disadvantaged areas.

In Spain, around 41% of children aged 6 to 9 years were overweight and/or obese in 2015. This prevalence was similar to that of Catalonia and the second-highest in Europe.

Specifically, the researchers observed that — with the exception of Latin America — children of non-Spanish nationalities were less overweight and/or obese at the start of the study, but their prevalence rates increased over the years until they reached the levels of overweight and/or obesity in Spanish children. This trend was especially pronounced in African and Asian children. The children’s “gradual adoption of the Western lifestyle and eating habits” could explain these findings, said Jeroen de Bont, researcher at ISGlobal and lead author of the study. 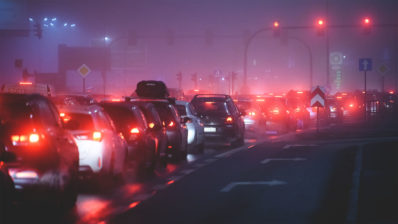