Clàudia Fontserè Alemany is finishing her doctorate at IBE. She tells us how they have developed an affordable and non-invasive genomic analysis that can be used in the conservation of endangered species.

IBE researchers have developed a method to determine the chimpanzee subspecies with affordable genomic analysis that can be used to conserve endangered species.

Now that the appearance of SARS-CoV-2 has changed our lives, it is a good time to think about how this pandemic also affects other living beings. For instance, in the case of chimpanzees (Pan troglodytes) it seems that this infection can be detrimental to their survival.

But although COVID-19 and other infectious diseases, such as Ebola, are a risk factor for chimpanzees, the destruction of natural habitats, climate change and illegal trafficking have also caused chimpanzees to be considered endangered nowadays. According to the IUCN (International Union for Conservation of Nature and Natural Resources), its population is estimated to have halved by 2050. Thus, the development of effective action plans for the conservation of this species is essential.

The chimpanzee population is estimated to have halved by 2050. Destruction of their natural habitat, climate change and illegal trafficking are the main causes.

These plans are usually divided into ex situ and in situ, depending on whether they are carried out outside or inside their natural habitat.

Outside Africa, one of the most important endangered species conservation plans is the one led by the European Association of Zoos and Aquaria (EAZA). Its main objective is to ensure the long-term survival of a healthy population of chimpanzees, keeping their four subspecies separate. However, due to a lack of accurate knowledge on the origin, genetic ancestry and kinship of chimpanzees, but also due to the lack of precise molecular tools, the breeding of this species has led to cases of mixing between subspecies and consanguinity.

Genomics to the rescue

For this reason, in our study, published in the Heredity journal, we wanted to explore to what extent we could find these cases in 167 chimpanzees in both European zoos and sanctuaries in Africa. In this way, individuals susceptible to being part of captive breeding programs can be identified and contribute to maintaining a genetically trustworthy population. In the study, we have determined that out of the 136 chimpanzees that are part of the ex situ conservation program in European zoos, 90 have ancestry of a single subspecies while the rest have been classified as hybrids, that is, with ancestry of two or more subspecies.

But also from an in situ conservation perspective, we have completed the study with the determination of the geographical origin of 31 chimpanzees rescued from illegal pet trafficking and who are currently in sanctuaries in Africa. This has been possible thanks to a previous study by our group in which we described a genetic-geographic atlas that allows us to infer the place of origin from genetic data (de Manuel, 2016).

Out of the 31 chimpanzees we have analyzed, most belong to the subspecies P.t. schweinfurthii, and we have inferred their origin to be mainly from two specific locations: from the north and south of the Democratic Republic of the Congo. By crossing these data with the place of confiscation, we have seen that in most cases it coincided, a fact that indicates that the illegal trafficking route happens on a local scale, a short distance from the place where the animal has been captured. Despite this, we have also found two cases in which chimpanzees had been confiscated much further, one in Moscow and the other in Nairobi, while the genetically inferred geographical origin places them in West Africa and Cameroon, respectively.

Determining the geographic origin of the confiscated animals opens up the possibility that these chimpanzees may be reintroduced to their natural habitat.

The fact of being able to determine the geographical origin of the confiscated animals opens up the possibility that these chimpanzees can be reintroduced to their natural habitat, and thanks to genomic analysis, they can do so in the specific place where they were living. But it also allows us to know in which areas there are more cases of illegal trafficking so that the relevant administrations can apply the necessary sanctions.

Innovative solutions for the limitations

The application of genetics in conservation has often been limited by funding. For this reason, we wanted to develop and apply a method that allows us to capture the regions of the genome that inform us about the chimpanzee subspecies analyzed by looking at ~ 60,000 SNPs, avoiding the cost of sequencing entire genomes.

Another limitation that we often encounter is obtaining samples, especially from wild animals. Therefore, we have also verified the suitability of non-invasive samples (hair), comparing the results with blood samples from the same individuals.

This project has been possible thanks to a long collaboration between Tomàs Marquès’ group at the Institute for Evolutionary Biology (IBE: CSIC-UPF), with the help of the Barcelona Zoo, as well as the Copenhagen Zoo, with researchers Peter Frandsen and Christina Hvilsom.

“Our study will help to build, with more precision, the atlas of genetic and geographic correspondence and thus be able to geolocalize chimpanzees at a much more local level“
Clàudia Fontserè Alemany

To sum up, our study demonstrates the potential of genomics to contribute to the elaboration of conservation plans, but at the same time paves the way for the studies to come. The next steps in conservation genetics will consist of building, with more precision, these atlases of genetic and geographical correspondence and thus be able to geolocate chimpanzees, not at the country or region level but at a much more local level, for example, a national park. To achieve this, many more samples will be needed of which we know their geographical origin and it is here that non-invasive samples will be of great help. I hope I can tell you a little more about this topic in the very near future! 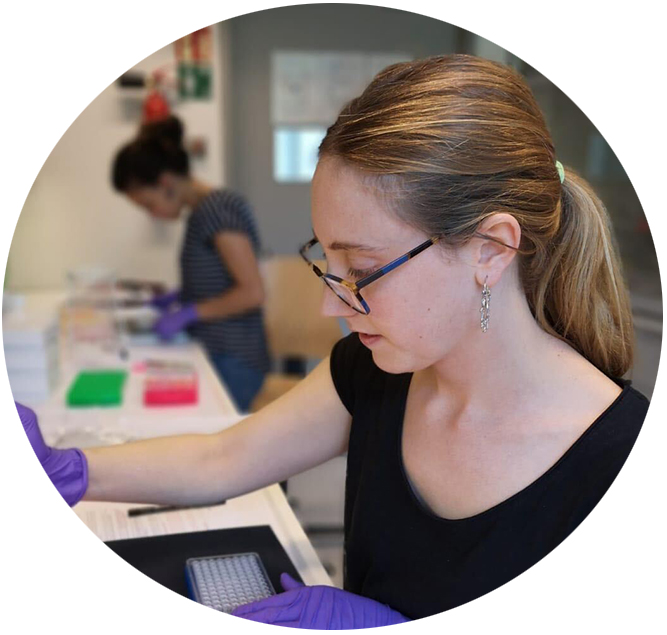 Clàudia Fontserè Alemany is completing her doctorate at the laboratory led by Tomàs Marquès-Bonet Group at the Institute of Evolutionary Biology (IBE: CSIC-UPF). She develops and applies methods for working with non-invasive samples and studying the genetic diversity of chimpanzees from a conservation point of view.
By Clàudia Fontserè Alemany
0
Share 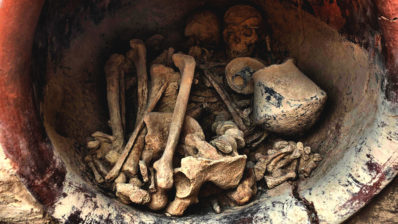 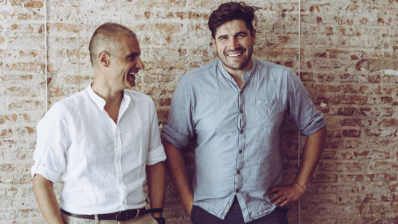 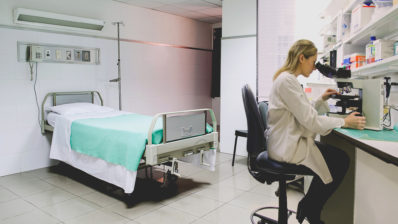