Elena Bosch lealds the group on Evolutionary Population Genetics at the Institute for Evolutionary Biology (IBE: UPF-CSIC). They look for adaptive signals in human genomes that explain how we have adapted to the different environments we have found ourselves in since humankind left Africa.

Elena Bosch set up her research group at the UPF after doing a postdoc in England. Twelve years later, the Evolutionary Population Genetics group at the Institute for Evolutionary Biology, the IBE (UPF-CSIC), is small, one Master’s and two doctoral students, but they keep good company. “Our research is very close to that of the other groups in the department and we collaborate with them a lot”, says the head of the group. They look for adaptive signals in human genomes that explain how we have adapted to the different environments we have found ourselves in since humankind left Africa. To do this, they mainly use genomic data from the Human Genome Diversity Project, which includes the cell lines of individuals from 51 populations across the globe. “Eight years ago we collected samples from around the world and processed and analysed them. Now, the complete genome of the majority of these samples has been sequenced, and we consult the database directly for the analysis”, explains the biologist.

The group does not only want to pinpoint selection signals, but also identify and prove which functional variants are behind each signal and understand why, in response to what situation or selective pressure, each adaptation occurred. First they analyse the DNA sequence to find the characteristic traces of selection, such as a drastic reduction in diversity or an excess of rare variants around candidate genes. “That gives us a clue that this section of the genome is being favoured. And we have tests to check out whether these ‘clues’ are real”, explains Bosch.

The second step is to find out which variations are functional. As well as doing this computationally, they try to check it experimentally. “Often we have to go to other people for this, because we are not able to do the specific experimental part in each case. The advantage is that we can find an expert on the gene in question and establish very productive partnerships”, says the head of the group.

A recent study involved the analysis of a zinc receptor with two variants, one present in African populations and another outside Africa. They expressed the two variants in cell lines and saw that the variant associated with recent adaptive signals in Sub-Saharan populations transports less zinc inside the cell. “We believe that this variant is associated to an adaptation against a pathogen that needs zinc to reproduce itself within the cells”, explains Bosch.

Not all mutations are bad: they create variety, and that is important, because we do not know how our environment may change in the future

Currently, the group is studying other genetic adaptations. From liver samples of 150 European individuals, they are analysing genetic variants in 110 genes related to the homeostasis of micronutrients, their expression at RNA level, and the quantity of protein produced. By analysing the genetic variability around the functional variants found in different populations, they have detected five selection signals, three of which are new. “Micronutrients play an important role in infection resistance, and as they come from what we eat, their levels vary in different regions”, explains the researcher.

From evolution to Parkinson’s

Recently, the group has given a new twist to the evolutionary methods and used them to find rare variants involved in complex diseases. “There are many common variants that predispose to Parkinson’s, but even adding them all together still leaves a part of the heritability of the disease unexplained”, says the scientist. For this, the group sequenced 30 candidate genes in a group of patients suffering the sporadic form of Parkinson’s, as well as healthy controls. Using evolutionary methods, they observed that the sufferers had an excess of rare variants in genes related to hereditary cases of the disease.

Returning to the group’s main focus, Bosch defends the study of adaptive evolution, and even mutations. “Not all mutations are bad: they create variety, and that is important, because we do not know how our environment may change in the future”, she concludes. 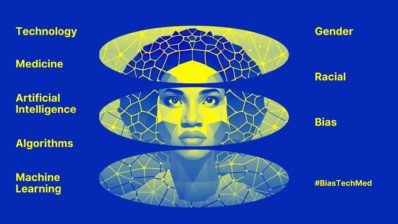 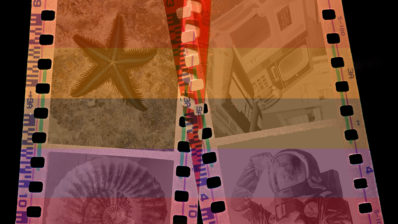