The head of the PRBB’s IT department is retiring this summer, after spending almost 40 years linked to the park. We talked to him about his personal experience, as well as the evolution of computer science and the PRBB in recent years.

Francesc Manaut has been head of the IT department of the PRBB since the creation of the park.

Francesc Manaut has spent half his life at the Barcelona Biomedical Research Park (PRBB). Today, at the time of his retirement he remembers the almost 40 years he has spent linked to the park; first 21 years at the Hospital del Mar Institute for Medical Research (IMIM) and then 16 years at the PRBB – since its creation. “If we asked Google where I live, it would probably say here at the PRBB, because I’ve spent more hours here than anywhere else, including my own home!”, he only half-jokes.

In all these years, Francesc has experienced the evolution of computer science first hand. “I have been very lucky to see the growth in computing, from its beginnings to the present day, to be able to play all the keys; nowadays, computer science is such a wide field that it is impossible to see everything and people are much more specialized”.

While he doesn’t like prominence, we couldn’t help but take the opportunity to ask him about this experience and his unique insight into the evolution and future of the park’s computing needs.

What has been your role as head of the IT department of the PRBB consortium?

The ICT Department works for two different groups, for the users of the PRBB Consortium and for all the residents in the building.

At the beginning we had to plan the Consortium’s own IT from scratch and design an IT infrastructure that would facilitate the arrival of the Centers to the building. Over time, these goals have been transformed into a process of constantly updating and improving our catalog of services.

What did you like most about your job? And less?

The best part is that by having full freedom to act, you can see the effect of the built-in improvements, and that’s very rewarding.

The downside is that lately, the increased risk of being attacked by malware and the fact of being a public body makes the day to day more stressful than it should be.

What do you take with you of all these years at PRBB and what are will you miss?

The construction of the building, the birth of the PRBB and its consolidation as a research reference in southern Europe have fully filled my entire professional career. I guess at first I will miss the 24 hour connection to the mail in case there was any “urgency” and I will also miss the sunrises from the fourth floor lobby in the spring and fall that left me speachless.

What advice would you give to your successor?

A lot of patience, and finding the difficult balance between being a computer geek and being stuck in the past.

How has computing changed in these 40 years?

It has changed tremendously! I started with punched cards, at IMIM we bought one of the first MAC’s, we went from the typewriter to the word processor, from exclusively branded computers to compatible ones… For young people this sounds strange, but I saw the birth of the Internet, e-mail, web pages! In recent years the network speed has gone from less than 64Kbps to more than 100Gbps, wireless telephony has gone through 2G, 3G, 4G, 5G,… it’s a non-stop! And every time the changes are faster and bigger; they hardly give time to settle down.

What has been the most important development for you?

For me, more than a specific technology, what I think has made life much easier for us computer scientists is the fact that you can search the Internet (Google) for almost any problem you detect and you can find solutions or approaches to resolve any computer questions that arise.

What are the peculiarities of a place like the PRBB, with centers dedicated to biomedical research, in terms of computer requirements?

The main requirement is the very high demand. The Centers are working on the edge of technology, and we need to be able to support them.

For example, with the huge amount of data currently being generated, the Centers are at the limit of their data storage capabilities. But it is also true that technology in the field of storage is growing very fast and new techniques are expected in the short term that will multiply this available capacity.

“PRBB centers work at the cutting edge of technology, and we need to be able to support them”
Francesc Manaut – Head of the IT Department, PRBB

At the beginning of the Internet in Spain, the registration of .es domains was very restrictive; it was only allowed in universities, and it took a lot of effort to include IMIM as a non-university Research Center. In 2005 the same happened with the PRBB as a Science Park; they had to do a special section for us!

What is your vision for the future of computing?

I have high hopes for quantum computers and artificial intelligence so that they can improve people’s health, daily life and facilitate the resolution of current computer incidents.

What will you do now?

I’m very much into the world of Sardana and Popular Culture, but I really don’t know what I’ll do, I haven’t had time to think about it! Now I will have time and we will see.

Thank you Francesc for your time, and for all these years dedicated to the PRBB, and we hope you enjoy this new stage of your life! 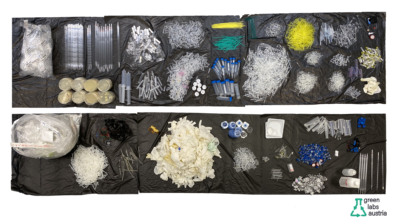 Toni Celià Terrassa (IMIM): "In science you need a lot of luck, and you need to persevere and look for it"