We talk with Raül Toran, head of the Scientific Culture Unit at ISGlobal, about the citizen science project CitieS-Health, which aims to study the relationship between air pollution and the mental health of the population.

In science there are many ways to do research, and one of distributes metaphorical lab coats among people to give them the opportunity to take an active role in the creation of knowledge.

This kind of research is called citizen science, and a perfect example is CitieS-Health, a project co-led by the Barcelona Institute of Global Health (ISGlobal) that calls for people’s participation to face one of the main health problems in large cities: air pollution.

To find out more, we have talked with Raül Toran, head of the ISGlobal Scientific Culture Unit, who has explained to us the complete project and how we can actively participate.

For someone who does not know what a citizen science project is, how would you explain it?

Citizen science wants to involve citizens in the process of creating science. Citizens participate as if they were scientists in different parts of the research or in the entire research process: the question, hypotheses, experimental design, data collection, data analysis , the preparation of the articles and the publication and communication of the results, among others.

CitieS-Health aims to place citizens’ concerns at the center of the research agenda in environmental epidemiology, addressing the health problems that concern them. Groups of citizens in five cities in Europe will design and run experiments to explore how the pollution in their living environment is affecting their health. The project will create a set of interactive tools (Toolkit) with personalized tools and best practices for the replication of studies in other locations by researchers, individuals and citizen groups.

What strategies have been used in CitieS-Health to encourage participation?

We have developed several mechanisms for citizens to participate in the different parts of the project. So far we have already done:

In addition, we joined forces with the “Los Vigilantes del Aire” project, coordinated by Ibercivis (Zaragoza), to distribute more than 1,000 strawberry plants in Barcelona. The goal was to make a collective pollution map, since the leaves acted as “pollution sensors” by fixing the particles. By biomagnetism, air pollution could be calculated, and interestingly the result obtained by this map of citizen participation coincides with the measurements of the official air pollution measurement stations.

Do you think that participation may be biased in terms of age, since the assessment of mental health will be done through an app?

In every research there are limitations. Yes, when using an app, maybe you leave out people who don’t have mobile phones, or older people who don’t understand or know how to use the apps or who don’t speak Spanish or Catalan, since the app is not available in English or other languages, for example. It is good to know the limitations for future proposals of your research or to propose other pilot projects and not leave anyone behind. In other phases of the project, people of all ages – from elementary school boys and girls to the elderly – and social conditions have been able to participate.

How many people do you expect to participate?

Different numbers of people have participated in each phase of the project. The more people participate, the better, to reduce errors. The more data the population collects, the better the map of the situation will be. In the case of the CitieS-Health Barcelona pilot project, it would be a success to have between 200 and 300 participants. We have already distributed almost 200 kits and we hope to distribute up to 300. The public is responding well since air pollution is a problem that they know very well and they like getting involved when looking for solutions.

“The more data that population collects, the better the map of the situation will be”

What do participants receive at the end of the study?

Each participant will receive the results of the tests on their mental health and their exposure to pollution. Our project aims to return the results to the population and to put pressure at various levels to make changes to improve air and noise pollution in the city of Barcelona and in the other participating cities. The project will also help other research centers or educational centers use citizen science through our toolkit to develop their own citizen science projects and solve problems as if they were scientists.

And finally… as in the final minute of a political debate, what would you say to encourage people to participate in the CitieS-Health project?

Participation in CitieS-Health is still open. If you live in Barcelona and you are concerned about air pollution, you have a citizen kit to participate in the project. Totally free. During a week you will be able to measure NO2 pollution (which is one of the most harmful gases for our health and that we find in the city due to the combustion of vehicles) and, in addition, we will relate it to mental health (stress levels, quality sleep and attention) through a questionnaire that you can answer through an app. In the kit you will find all the instructions and a small gift: seeds to create a small garden at home. 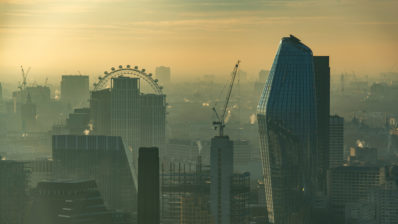