In the 21st century, when the scientific community is able to sequence the genomes of thousands of species and use algorithms to understand protein folding, some experiments still call for skill. In order to generate organoids from stem cells, one has to follow the protocol, but also be careful treating the cells because things can get complicated!

In this image by Sílvia Beltramone of the Tissue Engineering Unit of the Centre for Genomic Regulation (CRG), we can see “mini brains” made from a modified human stem cell line. In these cells, the Sox2 protein marks neuronal progenitors in orange, while the Tuj1 protein seen in green, is present in mature neurons. 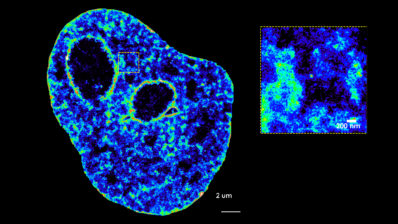 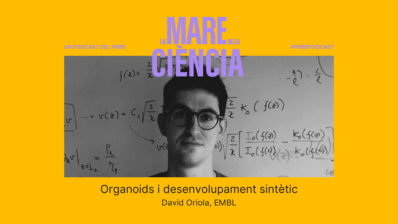 David Oriola (EMBL): "How can a protein do its job when there are tones of proteins and molecules randomly moving around?"

Sílvia Pérez Lluch (CRG): "We understand many basic parts of how the genome works, but we still have a lot to learn!"