Manuel Pastor is a modern pharmacist working at the Research Programme on Biomedical Informatics (GRIB: IMIM-UPF). He created one of the first computer networks in Spain.

Manuel Pastor, group leader of the PharmacoInformatics group at the GRIB.

Manuel Pastor, 45 and from Madrid, studied pharmacy at the University of Alcalà de Henares (Madrid), and after doing his PhD in the organic chemistry department went to Perugia, Italy, for his postdoc. Self-taught computer expert and passionate about reading and the cinema, Pastor fell in love with medicines when he was little. Years later his dream has come true as he has becomes head of the research group for computer aided drug design at the Research Programme on Biomedical Informatics (GRIB), a joint research programme of the Hospital del Mar Medical Research Institute (IMIM) and the Department of Experimental and Health Sciences, Pompeu Fabra University (DCEXS-UPF) located at the Biomedical Research Park of Barcelona (PRBB).

When did you hear the call to science?

I’ve been passionate about medicines since I was small. When I was 5 my brothers used to read Spiderman comics and I remember clearly that I was intrigued by the hero, a scientist, who created compounds that could reverse the effects of the bad guys’ poisons. I wondered how these compounds worked in the body. Straight away I started to say that I wanted to work in research. My friends just laughed and asked me if my parents were rich. “No? Then forget it!” I come from a humble family, but with a bit of luck and dedication I’ve turned out OK.

So you owe your vocation to Spiderman?

I think it is a fascinating comic. Today there are so few cases where the hero is a student, an intellectual and committed person, with values.

How was your postdoc in Italy?

It was 1994, when Internet was just starting to become known about and used. There was everything to do. When I arrived in Italy I installed the first browser on the lab computers; they hadn’t even realised that they could access information and databases via the Internet!

Computing? I thought you were a pharmacist?

Yes, but I learnt to program during my doctorate. In fact, toward the end of my thesis I created one of the first computer networks in Spain – and when I say created I mean I physically joined the cables from one computer to another! After the postdoc in Italy I went back to Madrid for a year and a half, but it was a bad time, much worse than now, and there was no work anywhere. I went back to Perugia where I was offered a job in a scientific software company (Multivariate Infometric Analysis). I worked there for three years as head scientist.

“Toward the end of my thesis I created one of the first computer networks in Spain – and when I say created I mean I physically joined the cables from one computer to another!”

And finally you came back to Spain.

It was 1999 and this time Ferran Sanz contacted me because they needed biostatistics teachers that also fit in with the research areas of the IMIM. Mostly the teaching attracted me, I’ve always liked it. For me giving classes is not secondary, it is important.

What differences have you found between the worlds of academia and industry?

They have different objectives and methods. I think the important thing is to find out which the good things are from each and try to apply them. My group is just at the interface between these two worlds.

And what are the best bits of each world?

From the company world I like the clear objectives and practical results. I don’t have anything against basic research, but I want to do research that impacts the world I live in. In academia there is more creative freedom and more contact with young people, researchers just starting out. This is especially enriching because having to explain things lots of times means that in the end you understand them better yourself! 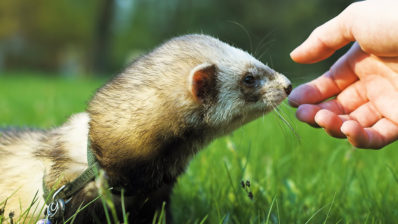