The study led by CRG researcher Roderic Guigó is part of the ENCODE project, which tries to map all functional elements in the human genome.

The Guigó lab at the CRG participated in the analysis of the ENCODE data.

The human genome has often been compared to a book of instructions. But the sequence itself – all the letters that make that book – is not enough to understand them. As with a real book, you need elements that “regulate” those letters and help them make sense: spaces between words, paragraphs, chapters, as well as punctuation, question marks, parenthesis…

That’s why the ENCODE project has been trying to map all the functional elements in the human (and mouse) genome since it was launched in 2003, shortly after the human genome was first sequenced.

The ENCODE project aims to map all functional elements in the human genome, i.e. any region that regulates gene expression

Since its inception, there have been two main releases of ENCODE data, and this month scientists around the world have published the results of the third phase in an article in Nature and several accompanying articles. The main article is the result of nearly 6,000 experiments studying cell and tissue repertoires of RNA transcription, chromatin structure and modification, DNA methylation, chromatin looping, and occupancy by transcription factors and RNA-binding proteins. The result has been a web-based server (SCREEN; http://screen.encodeproject.org) with over 900,000 human and 300,000 mouse potential regulatory elements.

Roderic Guigó, from the Centre for Genomic Regulation (CRG), is part of the international consortium of approximately 500 scientists that are analysing the ENCODE data. He’s also the leading researcher, together with Thomas Gingeras from Cold Spring Harbour Laboratory (CHSL), of one of the companion articles that give further insights into the data. In particular, their study has shown that cells in the human body can be classified into five major groups depending on their transcriptome (the collection of gene transcripts).

The five cell groups act as elemental building blocks, from which tissues and organs are “assembled”. Based on the expression of these genes, the authors estimated the cellular composition of tissues, and they found it changed with age, sex, and disease states.

“Our work redefines, based on gene expression, the basic histological types in which tissues have been traditionally classified”
Roderic Guigó

“Understanding how these five groups of cells compose human tissue is a good first step to help characterizing disease,” adds Manuel Muñoz Aguirre, one of the co-authors and researcher at the CRG. 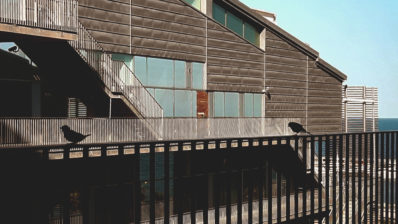