Cristina Villanueva, head of ISGlobal’s Water Pollution Programme, tells us about the relationship between water pollutants and health.

March 22 is World Water Day. We talk to Cristina Villanueva, head of the Barcelona Institute for Global Health (ISGlobal) Water Pollution Programme, to tell us about the relationship between water pollutants and health, her field of study. She focuses specially in water disinfection by-products, those people are most exposed to, since they are found in all treated drinking water.

What are the disinfection by-products present in drinking water?

They are chemical compounds that form when a disinfectant (usually chlorine) interacts with organic matter present in the water. There is no doubt that chlorination has been a significant public health advance; drinking water has to be disinfected to prevent disease. But there are collateral effects because disinfection gives rise to hundreds of unwanted by-products: some are volatile and can be inhaled, others are skin permeable.

What do we know about their effects?

One of the health effects most consistently associated with long-term exposure (over many years) to these compounds is an increase in the risk of bladder cancer. For other cancers, the evidence is not clear. A recent study we just published analysing 2000 women with breast cancer showed no association between exposure to trihalomethanes, the first by-products discovered in the 70s, and risk of breast cancer.

What else is in the water we drink?

Water is impregnated by everything found in the environment where it circulates. Analysis of water in rivers destined for use as drinking has identified residues of many products, such as medicines, cosmetics or sunscreens. Some contaminants are regulated and others—called emergent contaminants—are not monitored.

“Analysis of water in rivers destined for use as drinking has identified residues of many products, such as medicines, cosmetics or sunscreens.”

What water should we drink? Is filtered tap water the best option?

There is insufficient evidence to support a strong recommendation. Tap water has to meet strict standards. The standards for bottled water are much more lax; producers are not obliged to monitor anywhere near the same number of chemical compounds as in tap water.

As per filters, we know very little; they reduce the content of some contaminants, but they may also reduce our exposure to compounds that may have positive health effects. For example, hard water has been associated with protection from cardiovascular disease. We do not yet know whether drinking demineralised water is a good thing or not. However, bottled water also generates an enormous amount of plastic waste and a lot of CO2 for its transportation. We have to ask ourselves whether we want to contribute to this serious environmental impact.

Does the plastic bottle itself have health implications?

Research has shown that components of the plastic can migrate into the water under extreme conditions (heat, high temperatures, etc.). But there is very little evidence that this contamination has any impact on human health, so I do not think that it is a cause for concern.

Can we drink tap water in Barcelona without worrying?

Since 2010 there have been substantial improvements in disinfection by-products in general. The treatment plants had to make changes to comply with new legislation. In principle we can say that tap water in Barcelona is safe. The Barcelona Public Health Agency monitors the supply and citizens can ask them to analyse the water in their homes if the building still has lead pipes, since lead is known to be neurotoxic.

The quality of tap water is not the same everywhere. What does it depend on?

Another factor influencing quality is the method used to treat the water.  In this respect, there are considerable differences between cities. For example, in Madrid and in the north of Spain there is much more water available and the quality is better. In Catalonia, where the climate is dry, we don’t have so much water and we have to reuse it more.

“For example, in Madrid and in the north of Spain there is much more water available and the quality is better. In Catalonia, where the climate is dry, we don’t have so much water and we have to reuse it more.”

You are also studying another compound: nitrate. Could you explain a bit more about it?

The main sources of the nitrate found in water are agricultural fertilisers. Rain water causes them to leach into groundwater and rivers. Nitrate is also associated with intensive livestock farming because it is present in the animal waste products that often contaminate groundwater. Domestic use is another, much less important, source of nitrate. Nitrogen is also an element found in nature. What has happened is that we have altered the natural nitrogen cycle.

And what do we know about the possible consequences of nitrate on human health?

Nitrate itself is not a problem, but it is reduced to nitrite by the bacteria in our mouths. One of the most commonly reported problems is a disorder called metahaemoglobinemia or blue baby syndrome: the nitrite interferes with the oxygen-carrying capacity of the blood, leading to a kind of suffocation. This disorder has been seen mostly in children fed on formula milk made with water containing high levels of nitrate. Nitrate intake also generates nitrosamines, which have been shown in laboratory experiments to cause cancer. Legislation regulating drinking water ensures that they do not reach these high levels, but the question remains whether lifetime exposure at lower levels can be carcinogenic. This is a question researchers are still working on.

Finally, a personal question. What kind of water do you drink? 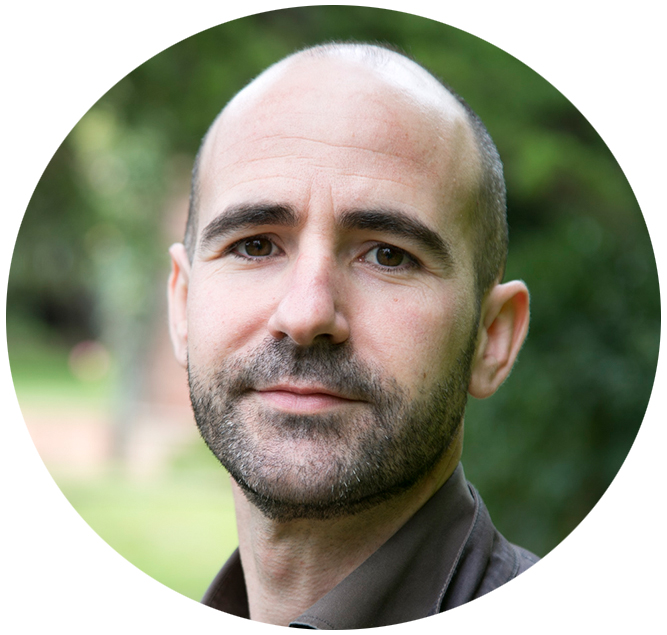 Journalist in the shadow. In previous lives, he worked in media and in cultural communication. In this life, he is the Communications coordinator at the Campus Mar of the Barcelona Institute for Global Health (ISGlobal).
By Pau Rubio
0
Share